“the earth beneath your feet” 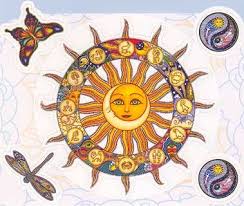 The Sun is the future. It shines in the sky and draws growth from the earth. Without that sun, nothing can live. Astrologically, this is a very apt analogy. In the natal chart, the Sun represents the destination that we pursue as works in progress. It is the thesis that we are exploring in any given life. We gain as much from exploring what not to do as we do by exploring what to do. As we gain more and more experiences we acquire a certain amount of skill in how to actually live through our solar energy as represented by the Sun in the natal chart. Life is evolution and change while a static state is what we call death.

The Moon is the past. It governs the tides and other cycles of this earth we inhabit. It soothes and nurtures us after a long hard day’s work. Just as the Sun beckons us to all that we could possibly become, so does the Moon secure us to all that we already know and understand. 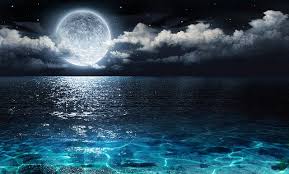 It is the safety net that we hold within ourselves, that which we instinctively cleave to when times get tough or incomprehensible. It is the life habits that we don’t have to think about but that just kick in when necessary. It is the things that bring us comfort under duress. We can hide in our Moons, tucked away from the glare of the noonday Sun.

If you like the idea on ongoing incarnations, then think of the Moon as the container of all that you have ever experienced. And the operative word is experience rather than understanding. Understanding comes only after some pretty intense work on the part of the psyche to integrate experiences into some sort of coherent form. This could be after one experience or it might be after several

repetitions of the same kind of experience. Learning is never simple or straightforward. (More on this in upcoming blogs.)

I have a friend who, when asked about the general condition of people’s mental health, says, everyone is [email protected]#*ed because we all have a Moon. She’s only half joking. What she means is that we are just as prone to develop bad habits as we are to develop good habits. It’s the bad ones that can really mess us up. Because the Moon is the seat of our emotional body, things don’t follow a straight line or a logical order. 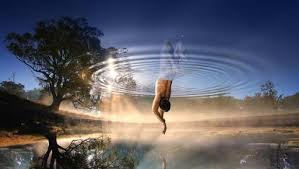 Once those emotions get involved, the sky can turn green and the grass can grow down rather than up. Perception, as they say, is everything and perception can absolutely play tricks on our poor little logical mind.

There is an intimate relationship between the Sun and the Moon, both literally, in the solar system, and astrologically, as they demonstrate how the psyche operates. Literally, the Moon has no light of its own but merely reflects light, the light of the burning Sun. And astrologically, the Moon holds (or reflects) all that the Sun has lived through. It ‘contains’ the sum of the parts and again, once you embrace the concept of ongoing incarnation, that sum can be quite massive. She really is our Mother and it’s where we came from in a very lyrical and poetic way.

In Part one of this Moon blog series, I talked about the Fire Moons with their impetuous and adventurous nature. Here we go with the Earth Moons. 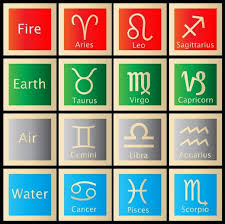 By the way, there is an immutable order when it comes to energy. Wherever you begin, it never varies. Fire, Earth, Air and Water. Always. Its one of the basic things to understand when you are starting to learn astro-speak. Fire, Earth, Air and Water. Always and forever. And in that beautiful wheel that I call the mandala of the soul, aka, the natal horoscope, this sequence of elements repeats itself 3 times. (More about that in a future blog, as well.)

So Earth follows the Fire. Which is good. After all that activity, a rest period is always welcome. And that’s kind of how the Earth Moons feel in the persona. Calm, steady, grounded and solid. Not Moon-like at all if you think about it.

There’s a thing in traditional astrology that classifies the weight and, I guess, a good word would be power, of planets in signs. It’s called the ‘dignities’ if you want to google it for yourself. Interestingly, The Moon finds both her exaltation and her fall in two of the Earth signs of the Zodiac. I don’t particularly like those words since they carry a certain assessment by their attachment to the position but I understand where the ‘traditionals’ were going when they came up with this system. They wanted to establish the way to describe the manner that the lunar energy, as represented by the Moon in the chart, might act in any given zodiac sign. There is potential in all placements, of course. And my teacher, Jeffrey Wolf Green, used to repeat, rather emphatically, that the reason anyone was born with whatever horoscope they had was because the soul that is behind the ego chose it for purpose. Nothing, absolutely nothing is haphazard. The essential nature of each individual’s experiential process is what contributes to the evolution (or not) or the soul. (Evolutionary Astrology absolutely encompasses an acceptance of the concept of ongoing incarnation.) So, no judgment for any given lunar energy. The words associated with the dignities, however, imply a ‘better than’ and a ‘lesser than’ state of being. So, I have long felt that we need to come up with a more inclusive kind of language when we talk about these positions within the wheel.

Never mind all that, however, and let’s just look at the earthy Moons.

Moon in Taurus people can often experience what the rest of us might call ‘luck’ when observed from the outside. This is truly the ultimate in ‘receiver’ energies. This placement is one of those ‘dignities’—the exaltation. What this really means is that the Moon finds total ground in Taurus. 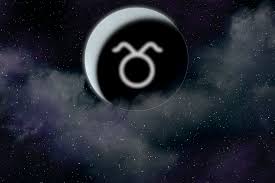 The normal changeable and erratic lunar energy is steadied and can be extremely focused and calm. Taurus is, after all, the ultimate earthy energy. It is all things organic and growing. It is the symbol of gestation, the creative force taking form. Do you know the Tarot? The Empress is a great depiction of all that Taurus can be. So when the skittish, moody Moon lands in Taurus, it suddenly becomes a force to be reckoned with.

In past lives, the Taurus Moon person diligently pursued the gifts of the spirit. He worked hard to manage his emotional energy. That’s why, in current life, he seems doubly blessed. But it isn’t by accident. The partner sign to Taurus is Scorpio so we know that this energy was somehow relevant to current life experience. Scorpio is, in part, the loss of what makes us secure, transformation, rebirth and all that sort of thing that can actually look pretty challenging at first glance. Taurus is the end result of the metamorphosis, the respite that comes after the storm.

If you have Taurus Moon, your challenge is to MOVE. Don’t just sit complacently in all that you have so far received. Be open to ongoing change and transformation. The contribution that you can make to the greater collective is much like the rudder on the ship. You have an almost palpable etheric energy that can be used to steady and steer through the waters of life. 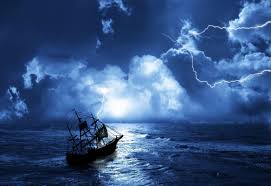 Your connection to the intrinsic cycles of life gives you the ability to trust and believe that ‘this, too, will pass’ when times get tough. Your intuitive sense of order and structure often can put you in exactly the right place at exactly the right time. You instinctively can ‘smell’ when to make that critical move. If you can harness the energy of powerful Scorpio, that shadow part of the Taurus/Scorpio partnership, to motivate yourself, you really can become an unstoppable force of nature.

When you feel threatened, Taurus Moon, you flee to nature; you surround yourself with tangible, physical comfort. It could be a long aromatic and warm bath in a candlelit room; a delicious and extravagant meal accompanied by wine and chocolate; a luxurious spa day where you feel pampered and stroked and don’t forget TOUCHED! 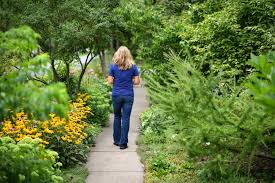 All things organic draw you. And this is exactly what you can give to others; warmth, comfort, support, a sense of security. People might often say to you, You make me FEEL so safe and you don’t even know just exactly what it is that you have done! Just keep doing it!

I have a funny story that really illustrates the seeming serendipity of Moon in Taurus. A young man with this placement was moving house in L.A., a kind of a scary sort of city in many ways—and really, really big. He couldn’t find a truck to make the move and there he was on the last day that he had to do this. Without really thinking about it, he walked outside and made his way to one of the many freeways that criss-cross that city. He stood there at the side of the road for a bit watching the traffic speed by him. Then he saw a moving truck coming towards him. He flagged it down. What do you think happened next? You got it, he was soon moved into his new place. Chance? Luck? Maybe. But what really happened is that his natural wisdom kicked in, he intuitively made his way to the place where he would most likely find a moving van, he absolutely believed that he would find one and that whoever was driving it would help him. And that is exactly what happened. Taurus Moon—gotta love it.