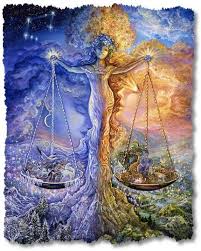 When the Sun finally moves into his transit of Libra, we have reached the midpoint of the astrological year, if Aries is considered as the start point. This is the time of the Autumnal Equinox. Light is once again balanced with shadow and we are now well and fully into the waning part of the sun’s cycle which began at Summer Solstice, moving into winter’s silence from this point on.

Libra is an interesting energy. Associated with the planet, Venus, first impressions lend themselves to images of lightness, grace, love and peacefulness. Well, as the saying goes, looks can be deceiving! There is a lot more going on in the beauty that is Libra.

Libra is a cardinal air sign. There is implied action here and a mental clarity that is often hidden behind the smiling face of conciliation. Libra’s opposite sign is the fire sign of Aries, also a cardinal energy, and just as Aries seeks to establish its sovereignty and individualism, Libra is avid in its search for dialogue and partnership. 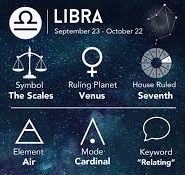 However, do not be fooled into thinking that Libra will always concede to someone else’s desires. This is not at all the case. Libra’s ability is best understood when we understand the contradictory image of the iron fist in the velvet glove. Libra knows how to forward its cause while appearing to consider everyone else’s needs and desires. So, though the picture may appear to be one of dialogue and compromise, the back story is all about absolute devotion to the pre-determined resolution that Libra has arrived at all on its own!

Libra has the ability to review and assess in advance, plot out a strategy and then maneuver through the situation, all the while adjusting, finessing and shifting but never, never, never,

getting off track. When Libra responds with non-commitment to a query or suggestion, it is merely because it is looking for the temperature of the situation before making the next move. In most cases, Libra knows exactly what it wants even while appearing to be indecisive.

One of the great skills that this energy can have is the ability to create comfort. This is why Libra type people can be successful as negotiators. They have the mental clarity

to keep on track, the emotional equilibrium to maintain balance and the simple sweetness to make everyone feel safe, not threatened, a necessary quality when it comes to finding common ground.

The symbol associated with Libra is the Scales, the only non-living representation of a Zodiac energy.

Sometimes, the Goddess of Justice is included in the symbol, holding those scales and weighing out whatever matter is at hand but for the most part, when we think of Libra, we think of those balancing plates, swinging back and forth like a teeter totter. There is a clue in this symbol as to what is actually going on within the Libra psyche. Rather than being in a place of balance, the Libra soul is actually searching for that place of inner balance. Thus, we see Libra’s determination to appear calm, even, peaceful. That which we focus upon is usually the very thing that is in short supply within ourselves!

The shadow side of Libran energy is the tendency to manipulate and manage others. The reason for the manipulation is usually related back to Libra’s need to create congeniality in its environment. Because of the mental clarity that can be associated with this energy, the Libra psyche is a great assessor of situations, able to nail down just exactly what is necessary in order to find solutions and develop compatibility and union. Any manipulative behaviour, then, is derived from this insight and the

sure belief that the end—peace and coherence– must justify the means—seducing others into following Libra’s intention—emphasis on the seduction, by the way! One thing is certain, Libra makes it easy! This energy is so graceful, so accommodating that it is often not evident when coercion is being used. Libra makes us all want to do it! No aggression, no brow-beating, just simple sweetness and lots and lots of cupcakes to tempt us into it!

Libra can appear to be indecisive but again, we need to look a bit more closely at this. Usually, Libra knows exactly what IT wants but is reluctant to commit in case this commitment creates conflict. So, in fact, it is not indecisive so much as it is desirous of maintaining peace within the context of the relationship. Look a little closer and you’ll see that often as not, Libra will manage to find a way to do exactly what it has wanted to do all along and everyone else goes along willingly. Ever heard the term, Passive-Aggressive? Calm down, Libra, we all love you!

A great example of a famous (and, dare I say it, successful!) individual with a ton of Libra energy is Bill Clinton—Rising sign supported by both Venus & Mars!!! After all that Mr. Clinton has been accused of, alleged to have done and known to have been involved in, we just can’t help but love him. He makes 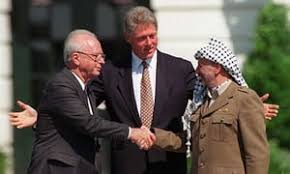 it hard not to. To this day, his partner is still married to him, apparently still committed. He continues to charm and convince and inspire despite all of the evidence of his ongoing duplicity! He was also one of the greatest diplomats ever and to this day is called on for his negotiating skill. It was under Clinton’s leadership that peace talks between Egypt and Israel took place culminating in that famous concord announced on the White House lawn! Clinton’s indubitable Libra ability to bring together diverse and apparently discordant opponents as partners in process, was at work here.

Libra, then, is the energy of coordinated action, measured and appropriate application of the energy

of peace and unity. Very fitting for a Venus ruled archetype!

Wherever you find Libra in your own birthchart, the issue of relating to partnership, inner balance, values and how to attune to them into your life will somehow be brought into play. The Libra pa 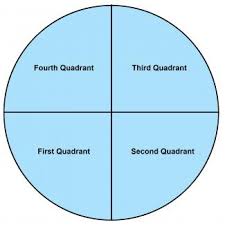 rt of your psyche is concerned with finding the right words to create dialogue. How do you enter into relationship? What sorts of strategies do you use when trying to establish common ground? Where is your own inner balance point and what forces are at play within your own psyche in this regard? As an example, if you have Libra somewhere in the first quadrant, the lower LHS of the circle, it will always be important to that you have balance in your life and action, that you are surrounded by beautiful things, that you are fair and just in all that you say and think—at least according to your own measure…

For all of you Aries people, this is your half birthday, a good time to review how your own birthday year has gone so far. Accomplishments? Realized goals? Non–realized goals? And what are you going to do about it? Take some time to sit and think about how you would like the next 6 months to look.

Venus, Earth’s closest companion in the solar system is the ‘ruler’ of Libra. RULER simply means that this is the planet associated with this energy.

Sun in Libra people, Libra rising people or even those with a dominant Libra signature can all be said to be ‘Venus ruled’. Not a bad moniker to own! 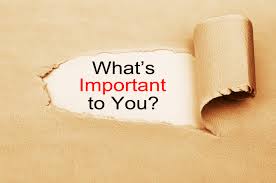 Venus is the planet that represents our basic value system and how we demonstrate it both internally and internally. Ever heard of the ‘inner moral compass’? That’s your Venus energy operating deep inside of your bones.

She is linked to desire in that it is what we LOVE that we DESIRE or…we desire what we love. Venus is magnetic and a strongly functioning Venusian energy can result in the ability to draw what one wants (desires, values). Conversely, Venus energy still in development can sometimes encounter a sense of frustration in terms of getting what it wants. Whenever we feel friction, this is an indicator that some refining work needs to be done so don’t cave in if things seem hard to attain. Rather, take a good look at yourself and try and figure out where you can be more focused about identifying your basic wants. If you can do this, then it is much easier to make a plan and actually get that thing that you truly desire. But if you are unclear about what is meaningful to you, what fills you up, what makes you feel contentment and virtue, then its sort of like sending out a spray that falls every which way. Wasted effort. 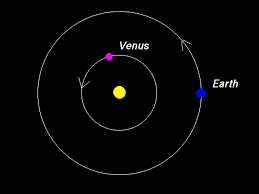 The transits of Venus are quick, much like those of Mercury. This planet has an orbital time that is less than the Earth’s so Venus runs through the zodiac signs more quickly than does the Earth, our home. The Venus principle never falls more than about 2 signs either way of the solar principle. In a natal horoscope this can result in a person having the Sun in home loving Cancer but Venus in fun loving Gemini. Such a combination can create complexity within the psyche. Which driver does one serve, the nesting urge or the thrill-seeking urge? HMMMMM… For any of you who have read your daily horoscope and felt a strong disconnect from the description of the energy, it could be that your Venus energy is more reflective of some of your actions than whatever the Sun Sign is. The human psyche is multi-layered!

Venus transits can bring up issues related to relationship and desire. Sometimes, a windfall could come your way or long-lost friends and lovers may reappear. This is especially the c 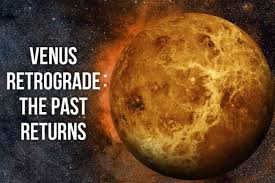 ase when Venus goes retrograde so keep track of this cycle and see what co-relates in your own life. During one Venus retrograde cycle, I reconnected with a long-lost friend seemingly out of the blue and that relationship has survived to this day, much to my Venusian delight!

Here is a quick cheat list of Venus through the houses.

What do I really desire?

When we gaze up into the night sky, we can often see Venus shining brightly in the inky sky. There is comfort and a sense of connection to be derived from this simple experience. No wonder that the ancients attributed such positive characteristics to this planet. 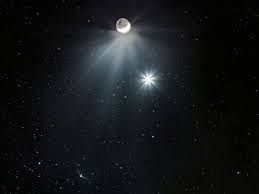 She brings us comfort. She gives us hope and she makes us gasp in awe and wonder. Almost close enough to touch and yet just beyond our reach. Ah! The magical, mysterious Venus! 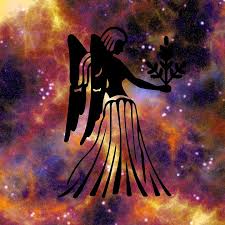 I align my inner desire

with the path of highest good,

and with everyone I meet. 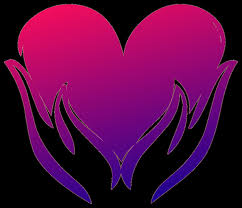 Goddess, smile down on me

And let me rest

In your loving arms

I am the dreamer

And this is the dream

You are my keeper

And I am the kept

so hold me safe

in the soft love