Shadow Energy: The Dark Side of the Sun/Aries 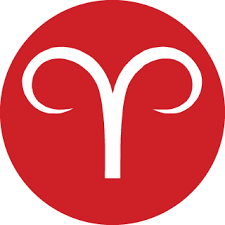 Energy is neutral. It just is what it is. However, once the variable—the human psyche—is engaged, energy can morph into any number of variations of itself. So, there is NO BAD energy but, unfortunately, there are many BAD humans. What’s Bad? Bad is that which corrupts the purity of the impulse into something that detracts, takes away from, original intent.

What should we, as conscious beings, want to strive for? We should be focused on using our energy to achieve best possible results, to do ‘good’, to heal, to facilitate, to support, to empower, ourselves, others, the wider community each in her own way and to her own capacity.

But the truth is that where light wants to shine, shadow can follow. It is vital to face that

shadow, to dive deep into that shadow, to attempt to understand it so that we can, if possible, reprogram the self to shift the shadow, which does contain elements of the light, into the light itself. Can we do it? Is it possible? Of course! We are of and from the divine and the divine is pure unadulterated light that shines eternally.

Traditionally, Aries is the so-called ‘first’ sign of the zodiac. If we mark the beginning of the cycle from the Spring Equinox, this makes sense. Just as the spring brings us a rebirth in the northern hemisphere, so does Aries challenge us to start something new, to initiate, to begin again. Used proactively, this is the energy of unbridled action, fresh, exhilarating, exuberant and optimistic. But, Aries does have a shadow side.

Rage. Not just anger but true-blue rage is an extreme manifestation of the Aries shadow. This rage is not sensible, and often, not based on anything understandable. Rather it is born deep within the solar plexus and then rises up through the spinal canal into the heart, throat and

ultimately the head. It grips the heart, preventing the free flow of compassionate love. It suffocates the throat blocking ‘right’ speech. It erases all logic rendering the self incapable of reason. It is destructive both to the self and to the other who might be the object of it.

The root cause of this kind of response mechanism is usually ego based. Aries has a primal need to WIN, to prevail, to be the first, the best. Obviously, this is not always attainable. We live in a populated community system and need to learn to share that primary position with others from time to time. Aries, undeveloped and unconscious, does not comprehend this very simple concept. If there is a winner, there will also be a ‘not winner’. Aries needs to learn this and get used to taking turns in the spotlight.

Obviously, there is power in rage. Here we see the pathway out of destructive behaviour and into a positive expression of this energy. Rage, contained and properly bridled, is incredibly 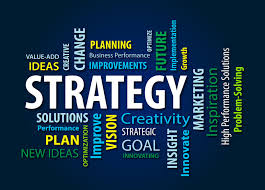 motivating. Rage, carefully transformed into justifiable, mindful anger can achieve incredible results. The key is to take that boundless (and usually mindless) energy and focus it onto an attainable goal; use it with strategic precision to create the result that one desires. It’s not easy but when Aries wakes up to itself, to its enviable potential, nothing, absolutely nothing can deter it from its path. And, in most cases, Aries, awake, focused, eyes forward, will inevitably reach its goal. Wake up Aries, and lead the way!

Another Aries shadow is willfulness. This, too, begins in the solar plexus. This part of the Aries shadow can lead to isolation and all out combat with anyone who gets in the way. The need to assert one’s will can eclipse any potential for dialogue and compromise. Expressing one’s WILL

can become all-consuming so that no consideration is given for opposing viewpoints, alternate courses of action or other’s sensibilities. Shadow driven Aries tramples over anyone and anything in its way in its need to prevail, to conquer, to be at the head of the line. Ultimately, this kind of behavior will alienate others and at some point, Aries will find itself all alone in the center of the stage with absolutely no one watching.

Used positively, this powerful expression of WILL results in a brilliance of leadership that can inspire others to step up to whatever challenge is front and center. It can provide the Aries type with a steely staying power despite the odds against her. The key, again, is consciousness. The Aries type needs to cultivate mental discretion. She must constantly be asking herself, ‘Is this an appropriate expression of my incredible will power?’ If this kind of self-scrutiny is applied, then that powerful WILL can be used to GET THINGS DONE! And Aries will augment, become even more effective, more inspirational.

One more Aries shadow is Narcissism. The Aries type can become so self-involved that she can 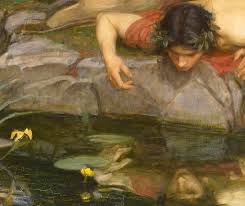 actually forget that others occupy space around her. Just as Narcissus ultimately drowned in his own image, so can Aries lose herself in her own sense of self-importance, drown in her own self-inflated ideas of herself. This type of self-centered behaviour also leads to isolation. Most people are repelled by narcissism. Who wants to engage with someone who does not see, hear or feel them? So, there stands Aries, all alone and interacting in a void with nothing.

Positively applied, self-love, the appropriate expression of the shadow, Narcissism, is absolutely

essential. If you can’t love yourself, how in the world can you ever begin to love someone else? Self-love protects oneself from self-abuse. It strengthens. It stabilizes and most, importantly, it provides limitless energy to use on behalf of others.

Everyone has Aries energy somewhere in their psyche. Some of us have one or more of the planets or angles in this energy. But, even if you have no actual planetary placements in Aries, you have a sector of your natal chart aligned to this energy. Locate the ‘Aries’ house in your own natal chart. Think about how various aspects of the shadow may play out in that Aries house. Following is a quick cheat sheet for pin-pointing shadow energies in the various areas of our reality. 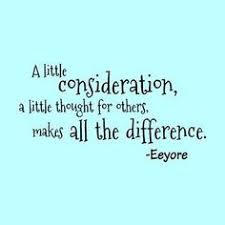 1st house          Before you do ANYTHING, ask yourself how your actions will affect the people around you. 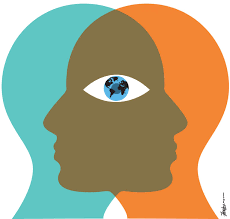 2nd house         Be mindful that YOUR values are no more important than anyone else’s values. 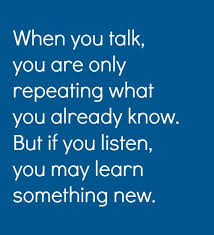 Let other people speak once in a while.

Intimate relationships are strengthened by open communication. Learn to listen.

Inspire others; do not compete with them.

Instead of being ornery & stubborn, use your out of the box approaches to encourage others to explore alternatives.

Be kind and considerate, not overbearing and dismissive. 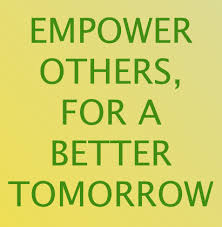 Use your power to build up, not destroy.

Honour other peoples’ ideas. You aren’t the only philosopher in the room. 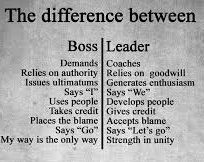 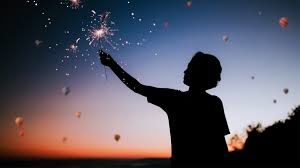 Be a constructive change-maker, not a radical revolutionary. 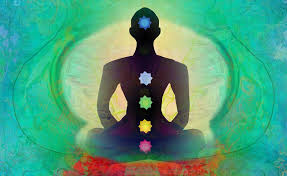 Take the time to meditate even when you are feeling impatient & itching to get going.

We have come to the SPRING EQUINOX as we shift into Aries. Time to wake up! Time to get moving! Time for action, enthusiasm & the sheer joy of being alive.

DO FAITH, NOT FEAR…