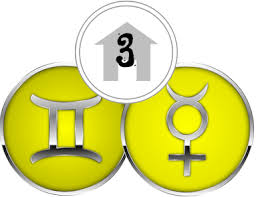 As the ruler of Gemini, Mercury oversees the data gathering process. As the ruler of Virgo, it’s all about the analysis of the data that has been gathered. As the function within the psyche that governs intellect, it is vital that when we take in information 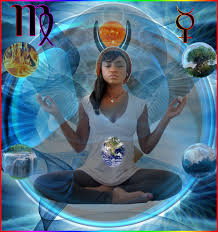 (Gemini), we have the capacity to also scrutinize the data (Virgo) so as to coherently understand what we have taken in. These two aspects of the intellectual process must work hand in hand for any semblance of sanity to be attained. Imagine if all you did was absorb data & you never organized it into some sort of holistic form. Eventually, you would be like the mind-sick hoarder living in a heap of rubbish that made no kind of sense. It would be as if you had a filing system that had no logical order; as if it was just a random collection of file folders with no name tags to differentiate one from the other. Another word for this kind of system is…CHAOS. And that’s what the energy of Virgo provides to us…an antidote to CHAOS. 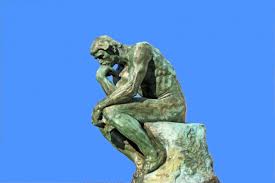 As the Ruler of Virgo, Mercury systemizes & makes coherent how & what we think. He becomes the ‘great analyzer’. Everything gets cleaned up & put into order under the firm hand of Virgo. Information is carefully honed so that ideas can be transmitted efficiently & clearly; essential for good communication. 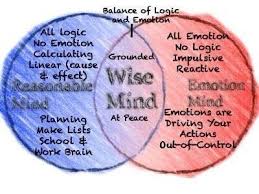 Critical thinking is possible under this powerful energy. It is through critical analysis of incoming information that we can make some sense out of the seeming randomness of the universe we live in. There is a tremendous ‘healing’ component to this process. The mind is calmed as data is analyzed. Lies are uncovered. Logic displaces emotionalism. The self becomes settled, able to face the challenges of existence as order prevails. Thank you, Virgo! 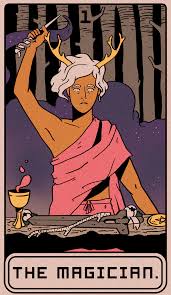 At the highest of levels, the Mercury function under Virgo is similar to the Tarot cards, THE MAGICIAN & THE HIGH PRIESTESS. The power of the intellect when it is operating fluidly & in an organized manner is present in both of these two 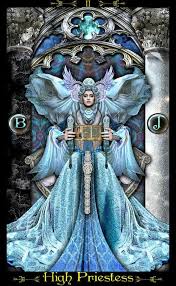 archetypes. The Magician is Virgo at its analytical heights while The High Priestess magically infuses intuition into the data-processing function. Never discount how important the latter is. Einstein, no mental midget by any means, ‘DREAMT’ his Theory of Relativity. While napping, after some hard analytical work, he allowed his intuitive, creative, so-called ‘right brain’ to collate what he had analyzed and woke up to the ‘theory’ that rocked the scientific world! 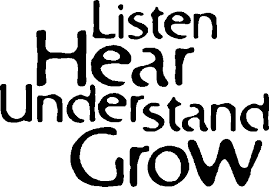 Mercury also plays a big role in the relationship process.  One could even argue that without good flow between two individual’s Mercury function, relationship is doomed to failure. The Virgo side of this archetype facilitates evaluation. First, we ‘take in’ (Gemini) what our partner is saying & then we make sense (Virgo) of what we have heard. As previously stated, it is not enough to just listen to information. We need to make it relevant. What we hear 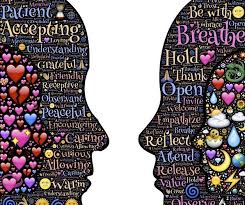 could be false, could be distorted, could be misleading. How important, then, to disseminate, to evaluate that which we hear. In relationship, if a reasonable level of understanding cannot be reached, all else begins to fray at the edges. However, when both sides of the Mercury function are operating well within the psyche, we lay down the foundation for success in our inter-relational activities. We stay open & non-judgmental & we take the time to understand the words that we hear. The Virgo side of Mercury does not like to jump to rash conclusions without first examining the subject carefully. 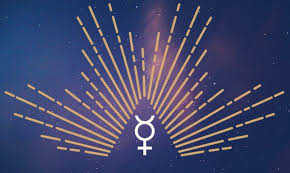 After the Moon, Mercury is the next most rapid transiting celestial object. Never more than 28* from the Sun, this archetype either intensifies or enhances & expands the solar force. If you were born when the Sun was transiting Virgo, your Mercury is either in Leo, Virgo, or Libra.

Following are some suggestions as to how the three combos could manifest within the psyche of someone born under Virgo: 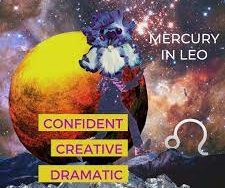 Virgo/Leo:  The Creative Analyzer; The Flamboyant Healer; The Executive Assistant

This is the ‘balsamic’ connection & could bestow upon the individual a great deal of creative insight & intuitive prowess. Fire energy with Earth energy. 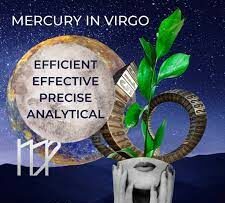 Virgo/Virgo:   The Ultimate Analyzer; The Precise Healer; The Diligent Servant

An incredible Attention to Detail

This could be a ‘balsamic’ aspect (see above) or a ‘new’ aspect which brings much focus to the area of self-expression. Earth energy with Earth energy. 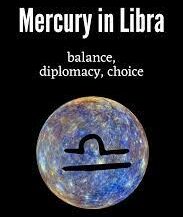 Virgo/Libra: The Diplomatic Analyzer; The Kind Healer; The Attentive Servant

A focus on the Healing Dynamics of Relationship

This will always be a ‘new’ aspect. At its maximum separation, it borders on the semi-sextile which can be likened to a ‘building’ energy somewhat like a step ladder. The core Virgo energy is supplemented, enhanced by the addition of Libra. Air energy with Earth energy.

(Whatever Sun Sign you have, Mercury will always be within 28* of your Sun. The general principles discussed will apply. 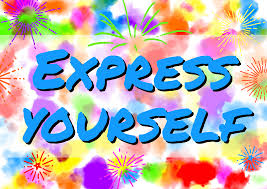 Mercury Aspects contribute to the personality in a variety of ways. Track your own Mercury to see what kind of ‘dialogue’ is going on between the Messenger & the other planets. Any aspect indicates an energetic connection between the two archetypes. The so-called ‘hard’ 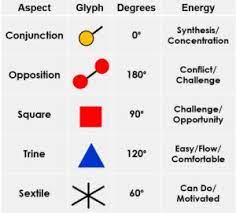 aspects (dynamic) indicate that the individual can gain much via the connection but usually through challenging experiences & hard-won battles. Alternatively, the ‘soft’ (receptive) aspects indicate past life experiences now coming to fruition. If your Mercury is making a lot of so-called ‘hard’ aspects, your soul force needs you to fight for your intellectual sovereignty. If you have soft aspects involving Mercury, be diligent & use your acquired skills in your day-to-day life! Don’t waste them!

Mercury with the Sun: Clarity of mind & the ability to express oneself; keen articulation. As noted previously, Mercury never strays far from the Sun, so the most dynamic aspect that it can make here is the conjunction, either balsamic or new. Nevertheless, do not underestimate the almost semi-sextile which can facilitate elasticity & objectivity in the intellectual process. When locating the semi-sextile aspect, use very tight orbs to determine if it is viable. (The closer that Mercury is to the Sun, the individual is more inclined to subjective perspective.)

Mercury with Venus: A focus on the finer things in life; a sensitivity to values; an ability to calculate worth.

Mercury with Mars: Potentially, the ability to act thoughtfully (conversely, NOT!) & with some kind of a plan of action.

Mercury with Saturn: The ultimate managerial energy. The ability to make concrete any idea that arises. Organized, detail-oriented; methodical & thorough.

Mercury with Uranus: The Genius. The ability to step right outside the box & see things uniquely. Sudden & unexpected solutions to seemingly unsolvable issues could easily occur. This is a mind that is like no other.

Mercury with Neptune: The dreamer. The psychic. The Seer. There could be an uncanny ability to ‘walk between the worlds’ when these two archetypes combine. The caution is that one must maintain very clear boundaries at all times. 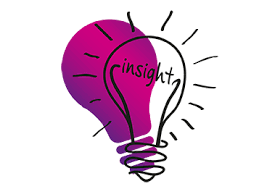 Mercury with Pluto: The Psychologist; the Therapist; the Healer. Incredible insight is possible with this combo. Often able to sense the truth even when there are a plethora of untruths being promoted. Others might be uncomfortable around these folks due to this. 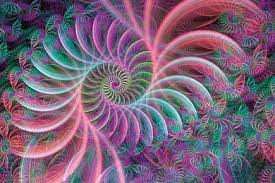 Without the Virgo side of our Mercury function, we are merely monkeys playing at life. With the Virgo side operating well, we shift into observers (sometimes of ‘the monkeys’) of life, able to maximize what we experience into something useful & long-lasting. 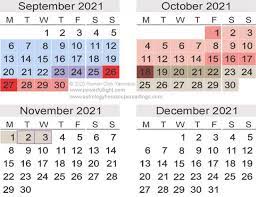 The next Mercury RX period is coming up on September 26, 2021-October 18, 2021 in LIBRA. Be willing to revisit ALL of your partnership & relationship situations. Rework, re-establish, re-create the energy between you & your ‘other’. Re-invest in healing old wounds & resolving outstanding issues. No matter how you have been hurt or how you may have hurt another, it’s NOT WORTH HANGING ON TO TOXIC EMOTIONS. In the end, all that remains is the LOVE that we share.

MEDITATION FOR THE MONTH 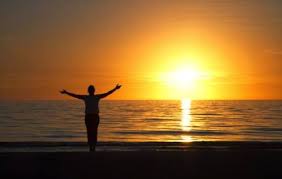 I STAND IN SILENCE & WAIT

FOR THE BLOOMING DAWN

THE VELVET DARKNESS OF THE NIGHT