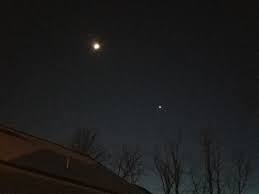 One of the loveliest objects in our night sky is our twin planet, VENUS. As the closest planet to Earth, Venus is easily observed without the aid of telescopes. Along with the MOON, she has occupied a prominent place in our ongoing mythological narrative. The orbit that Venus makes is one of the most regular 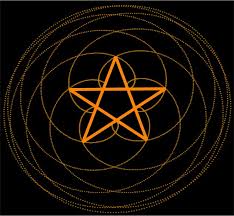 that can be tracked. For this reason, there is a whole sub-school of astrological research that centers primarily around Venus & her connection to Earth. It’s a beautiful orbit that creates both a 5-pointed star & over a longer 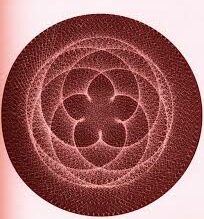 period of time a blossom that resembles a rose. Everything about this planet whispers love, beauty, order, balance, peace, goodness. Truly, she is the Queen of the Heavens!

In mythology, one of the most celebrated stories is the one about the Birth of Venus. Most of us have seen the painting where a beautiful Venus (Aphrodite) rises up from the waters on a seashell. One of the

stories says that she was born from the foam that came from the severed genitals of Uranus (Ouranos) when Saturn (Cronus) flung them into the sea. This adds layers of symbolism to the mystique of Venus. Creativity, life, and regeneration are all suggested as we ponder this somewhat terrifying and yet, restorative narrative. As we sort through the multitudinous stories involving the Goddess, we witness her passion, her creativity, her often fickle nature, her loyalty, and her unrestrained generosity. It’s worth the time it takes to make a deep dive into the various Venusian myths. They provide us with a deeper insight into how this archetypal energy operates within the psyche.

As I mentioned previously, Venus has an absolutely gorgeous orbital pattern when viewed from the Earth. Even though she is understood to be an Inner Planet with a seemingly rapid singular orbit around the Sun, her extrapolated orbital path is much more 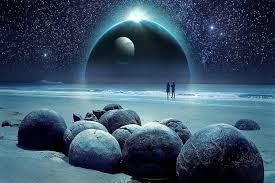 complex. Personally, I do think it is useful to examine where Venus is located within each Solar Return chart but to get a deeper sense of our personal timeline, the 8-year Venus Return chart is incredibly useful. Tracking the developmental journey via this 8 Year cyclical vantage point allows us to stand back & view how our values evolve as we mature & 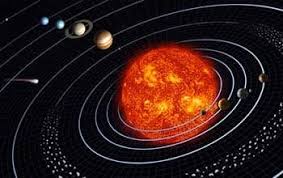 hopefully grow in wisdom. Think about it in terms of the real-life developmental path. Who are we at the age of 8, 16, 24, 32, 40, 48, 56, 64, 72, 80, 88…and so forth. How do these ages coincide with other astrological thresholds? The Jupiter Return cycle? The Saturn Return cycle? The Chiron Return Cycle? The Uranus Return cycle?  Number co-relationships are fascinating & the more that we work with them, the more we will understand the rhythm of our lives on this planet.

Because of the symmetry of her orbit, Venus represents herself in the Earth sky either as the ‘Morning Star” or the ‘Evening Star”. An elaborate narrative based on the Inanna, (a Sumerian deity), myths 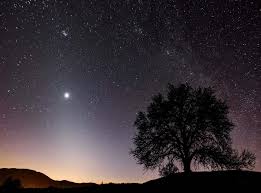 developed over time. These myths told a story of loss, betrayal, passion, jealousy & ultimately redemption & re-birth. Inanna descended into the underworld where she moved through a series of personal trials until finally, she found her own re-birth, though not without the help of others. 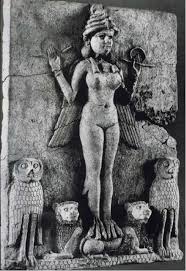 This same theme, the play between loss & survival, the long descent into a dark, forbidding ‘underworld’ & the subsequent ascent & renewal of life is found in the myths of many & various cultures. The Greeks retold this story in the Demeter 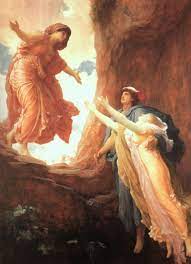 (Ceres)/Persephone (Proserpine)/Hades (Pluto) myths. (Roman names in brackets.) It is well worth the time to dive into these stories & ponder how they might reveal the nuances of the Venus energy within the psyche. Are we caught in an ongoing cycle of re-birth that is tied to our deepest expressions of love? How do we move between grief & healing? Does the nature of our heart energy sustain us as we divest ourselves of all that we thought was dear to us? How do we express our Venus energy? On the broadest of levels, ‘Morning Star’ people externalize their Venus energy, while Evening Star people are more internalized in their process. It’s fairly simple to determine what ‘STAR’ type you are if you have your natal chart. If your Venus falls in a lesser degree or BEHIND the Sun, zodiacally, you are a Morning Star type & if Venus is in a greater degree or AHEAD of the Sun, zodiacally, you are an Evening Star type. There is, of course, much more to it than 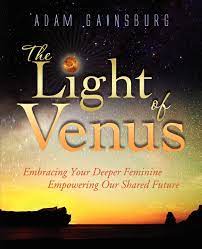 simply externalization or internalization & a truly wonderful exploration of the Venus cycle from this one perspective is the research done by astrologer Adam Gainsburg in his book, THE LIGHT OF VENUS. In his study of this complex area of astrology, Mr. Gainsburg delves into the nuances of the Venus cycle, her relationship to the Moon by conjunction & the symbology of Venus Retrograde. If you want to get to truly ‘know’ your inner Goddess, go find his wonderful book!

The Glyph for Venus is comprised of the circle & the cross.

The circle represents spirit & it sits upon the cross of matter. At the highest of expressions, Venus points the way into the eternal being of the divine from the finite expression of the physical.

Astrologically, the highest expression of the Venus principle within the personal psyche is functional discretion; that is, what we value & how we express our values. How deeply ingrained is our own inner moral compass & in which direction does it point? Today, we live in a reality where it is more common 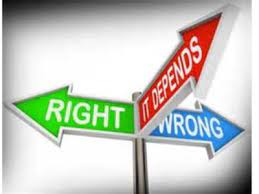 to express ourselves through the lens of ‘situational ethics”. Objective standards have given way to subjective ones. The challenge woven through this shift is that, if our subjective standards are not based on ethical premises, it can lead to decisions that are less than appropriate; that is, the discretion that we exercise can be less than functional, even dysfunctional. As we move from the Piscean age of rules & regulations (embodied in the polarity of Virgo; using systems to access the divine), into the newly forming, Aquarian Age, we must be diligent in ensuring that our individual inner moral compasses are attuned to the highest principles, in service of the greater good (Aquarius) so that we do not fall victim to self-serving ideologies (the Leo polarity), as a result. When we know what we love & why we love that thing, we can make decisions from a place of clarity. 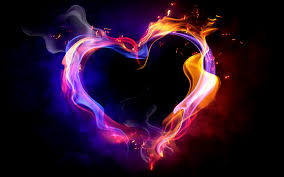 How important it is to refine ourselves in this area; to learn to love that which is healing, that which creates wellness both in ourselves & in those around us. Many of the global problems that we face today are a direct result 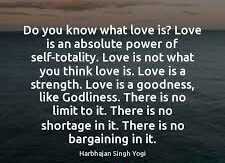 of nebulous standards of ‘righteousness’. If LOVE is not the absolute to which we attune all else, then our inner moral compass becomes muddied. When we allow base urges to dominate, then the absolute of LOVE cannot prevail. Only purity can beget purity. One of our challenges as conscious beings is to strive towards purity & the absolute of principled LOVE.

Interestingly, traditional Astrology ascribes the exaltation of Venus to the zodiac sign of Pisces. When our basic inner values are aligned to the divine (Pisces), we can more confidently make important moral choices even when in the grips of ‘situational ethics”. 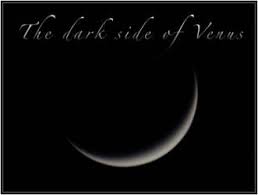 Venus has long been viewed as one of the ‘benefics’ by astrologers. Simply put, she is considered to be a source of blessing rather than one of warning. However, even Venus has her dark side. Unrestrained Venusian energy could demonstrate itself in indulgence, a self-serving persona, pleasure-seeking &

hedonism. Dark Venus can overtake the senses so that one spends all of one’s time searching for the ‘next fix’ to sate the hunger within. Passion can masquerade as love, consume the heart and just as suddenly, burn out to leave the person unfulfilled and hungering for the next passionate experience. All of these kinds of demonstrations of the Venus “Principle” stem from unrefined energy, an energy that flows from selfishness rather than altruism. 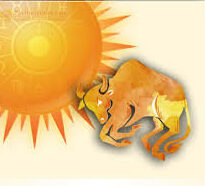 Just as we discussed last month with Aries & Mars, anyone with the Sun in Taurus should carefully investigate their Venus energy. Let’s take a quick peek at how the various zodiacal placements of Venus, within the natal chart, might interact with the Taurus Solar force. There will only be a limited number of signs where Venus can be located for someone born under the Sun sign of Taurus because of the intersectionality of the two orbital paths. Venus is never more than 47 degrees away from the Sun in either direction, so she might be anywhere from mid-Pisces to mid-Cancer for the Taurus Sun person. In future blogs, we will run into Libra people who are also ‘ruled’ by Venus & explore that connection. 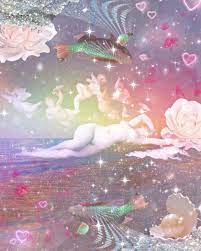 Sun in Taurus/Venus in Pisces:

Your ability to accept the impossible knows NO limits. Sweet, loving, forgiving, tolerant, you can overlook the warts of others without a second thought. The softest of all hearts out there…Your gift is your ability to embrace without censure. 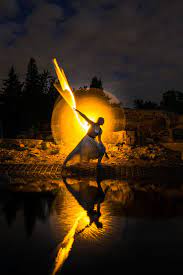 Sun in Taurus/ Venus in Aries:

You add passionate commitment to an already loving nature. There is a spring to your step & you aren’t nearly as patient as people might think you are. Eager & irrepressible rather than staid & solid. The fire within your soul burns brightly. Your gift is a zest for life. 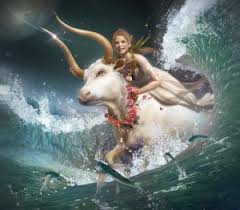 Sun in Taurus/Venus in Taurus:

What a lover! Solid to the core; you bring comfort & stability to everyone around you. Touchy/feely, you like to give & receive physical kindnesses. Your gift is your constancy. 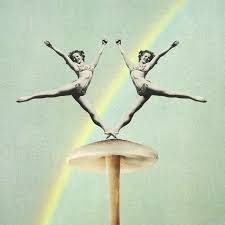 Sun in Taurus/ Venus in Gemini:

You have the mobility that other Taurus Sun people would love to acquire. Your loving nature is supported with a ready wit & an even readier smile for everyone you meet. Your gift is laughter. 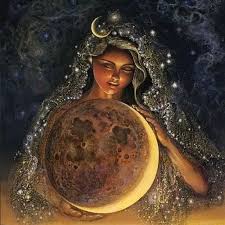 Sun in Taurus/Venus in Cancer:

Absolutely unstoppable when it comes to compassion. The light in your eyes makes everyone feel cared for. It never occurs to you that you have any other choice but to nurture both body & heart. Your gift is your kindness.

Finally, when Venus is retrograde, yet another layer of complexity 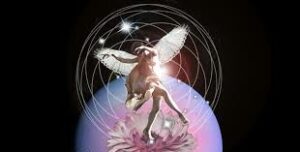 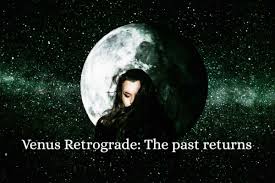 On a mundane level, when Venus goes retrograde, that which is forgotten, hidden, lost could be re-discovered. Old friends reappear, precious objects are re-located, old emotions resurface. I always look forward to Venus Retrograde periods because I never know what treasure might be waiting for me! 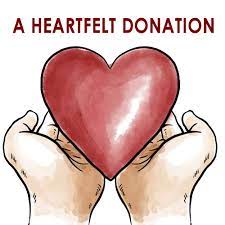 If you like these blogs & would like to support the work that I do, you can do so by making a LOVE OFFERING DONATION (e-transfer) directly to my email:

any & all offerings are gratefully received